About this book: see the text that follows the illustrations…
My lion, extracts: 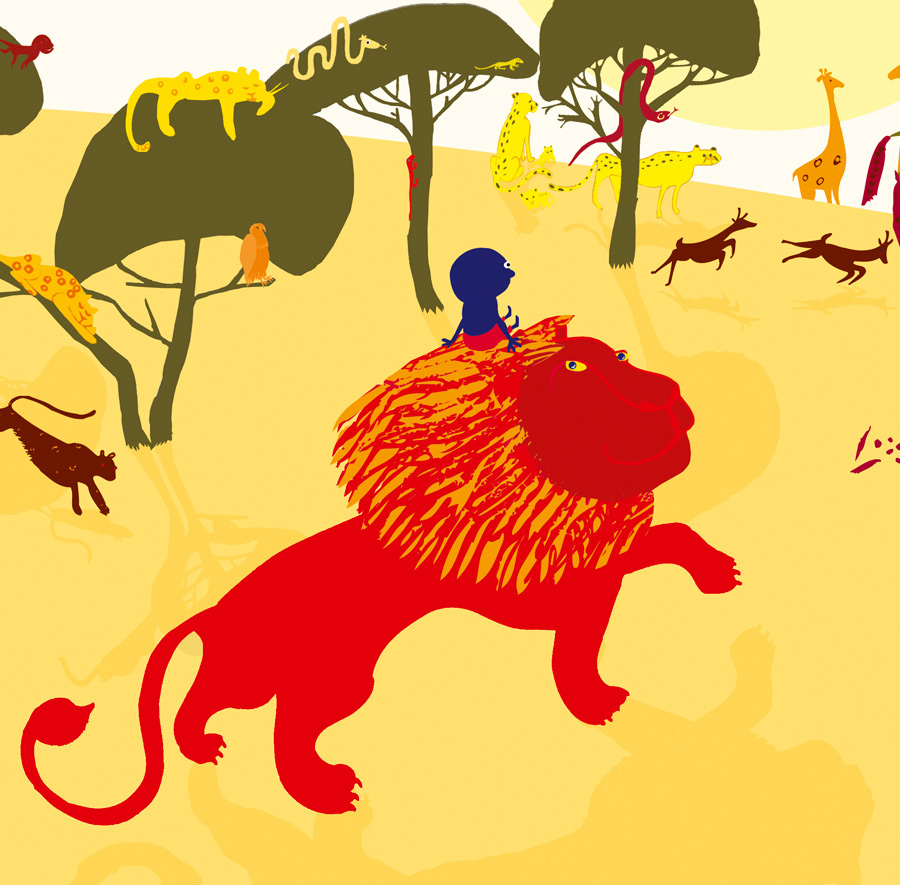 This story is “told” without any text. My idea of the story came just from the first image of the book, that I had in my mind…so, what could happen? And the story was born. There is something about impossibility and frustration. At the same time imagination and dream can bring the idea that everything is possible -even to have a lion as a friend- and the fact that “imagining things” is the beginning of an actual change in reality.